Adrienne Rich, a prolific poet and one of the most influential writers of the feminist movement, died last week, aged 82.

I first came across Rich’s writing over 20 years ago when I took a course in Women’s Studies (yes, back then it was not yet known as Gender Studies). I was 20 years old and my children were far from becoming even a hint of a twinkle in my eye.

In her writing, Rich intertwined theories of motherhood with honest descriptions of her own experiences as a mother of three.

Rereading Rich’s work today, I wonder how much of her personal insights into mothering I was able to comprehend back then.

Through her work “Of Woman Born: Motherhood as Experience and Institution” (W. W. Norton 1976), Rich examined the impact of the institution of motherhood on women.

She revealed the “connecting fibers” that constructed a women’s experience in motherhood; she made her readers aware of the political, legal, economic, psychological and cultural forces that influenced the lives of moms.

And she openly revealed the impact of motherhood on her life.

”My children cause me the most exquisite suffering of which I have any experience. It is the suffering of ambivalence: the murderous alternation between bitter resentment and raw-edged nerves, and blissful gratification and tenderness. Sometimes I seem to myself, in my feelings toward these tiny guiltless beings, a monster of selfishness and intolerance.” (p. 363)

Rich called for a new thinking around motherhood; a revolution of consciousness that would free women from the institution of motherhood, an institution that at the time, we could not control.

Rich suggested that when women could view mothering as a choice among many, we would be relieved of the guilt associated with being a mother or being childfree. She also predicted that when mothers would learn to take an interest in their own experiences and learn to respect them, women would enjoy healthier and happier lives.

Reading her prerequisites for revolution, I recognize that we have come a long way from the 1970s. Women are still on a journey to enlightenment but the blossoming of literature on motherhood and the success of mommy bloggers to share their own experiences with mothers the world over, is leading us on our way.

Rich was one of the first to help us get there.

Perhaps her writing still resonates with me today because unlike many of the feminist theorists of her time, she recognized something very special about the experience of motherhood:

“What is astonishing, what can give us enormous hope . . . is that we have managed to salvage, of ourselves, for our children, even within the destructiveness of the institution: the tenderness, the passion, the trust in our instincts, the evocation of a courage we did not know we owned . . . .” (p.280) 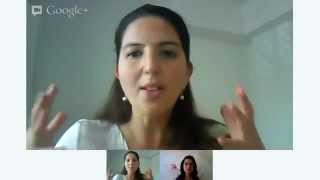